Can I start business in Punjab

Starting an enterprise or expanding an existing unit is quite easy with the government simplifying the procedures as Punjab is badly in need of industrial clusters. The state government is striving hard to improve the employment scenario in Punjab which has to contend with declining industrial growth and stagnation in agriculture for some time.

The Bureau of Investment Promotion has earned the state 16th rank for effective implementation of business reforms in the country in a survey by the World Bank. Punjab scores 36.73% in undertaking business reforms and its key highlight is theease of setting up business with 75% results. 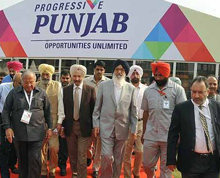 However, the state still needs to work on tax-related reforms, property registration, electronic courts and inspection to ensure minimum wages. The 'Assessment of State Implementation of Business Reforms Report' lauds state for the setting of the Punjab Bureau of Investment Promotion (PBIP).

For the PBIP acts as a unified regulator and provides a one-stop system for all state regulatory and fiscal incentive approvals. The nodal agency also acts as a single point of contact for the investors and with senior government officials to act as relationship officers for corporate houses.

PBIP was set up in 2013 as the single point of contact for regulatory clearances and fiscal incentives approvals to facilitate investors looking to set up a business in the state. As a nodal agency, it has been entrusted with the responsibility to ensure a smooth transition of a project from proposal stage up to the implementation stage.

The lowest point in Punjab's assessment is carrying out inspections, including those to check status of contracts awarded for various schemes. The existing process for businesses to obtain utility connections is another area the state needs to work on. Inspections at shops and establishments, checks for implementation of the Factory Act are also future areas of improvement.

The single-window clearance mechanism (SWM) has been established under the Punjab Industrial Facilitation Act, 2005, with the following three-tier structure to grantexemption or relaxation from any of the provisions or rules of the Act: 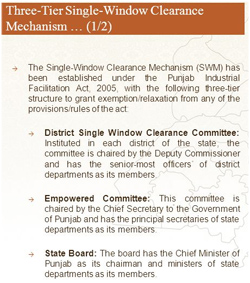 At the state-level, the nodal agency Udyog Sahayak handles the composite application forms received from entrepreneurs and assists in obtaining clearances from various departments within the stipulated time period.

It also provides guidance and information to investors about policies and programmes. The work of Udyog Sahayak is monitored by an empowered committee.

At the district-level, the DIC provides sanctions and clearances for setting up small scale industrial units in the state. 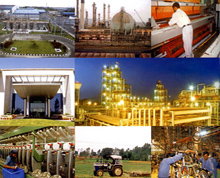