India's moment of reckoning has come 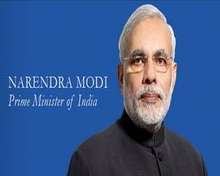 If one goes by the social and economic trends after the completion of first year in office of BJP government led by PM Narendra Modi at the Centre, there is a sense of fulfilment that there is a marked change in the lifestyle of people for the better.

India's voice is being heard at the right quarters of global power corridors. Modi's suggestion of an International Yoga Day is being celebrated all over the world on June 21 with nearly 50,000 people in the New York alone gathering to do simple exercises.

And yes, there are some concerns over India's external security as our relations with Pakistan and China are problematic, internal issues like threat to social fabric due to communal overtones, linguistic and ethnic rivalries and social inequities - all of which are being addressed by the NDA regime through broad consensus and after many deliberations.

Now look at the economic story: India will be the fastest growing economy at 7.5% in 2015-16, thus piping China which has to contend with slower GDP rate after clocking at a breakneck speed in the last two decades. 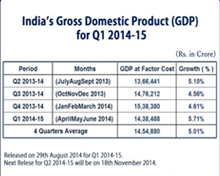 The country's total GDP at $7.996 trillion (purchasing power parity) is the third largest after the United States and China. According to World Bank and IMF reports, the government has begun to implement a whole range of reforms to tap the country's investment potential and improve the conditions for doing business.

Many giant steps like liberalising FDI norms in critical verticals like aviation, retail, insurance and pension, banking, healthcare and hospitality are beginning to show positive trends.

The government is keen to boost public and private investments in infrastructure, settle the lingering corporate disputes, further simplify taxation and lessen the tax burden on business houses to expand their operations.

In fact, India is on the upward curve as it reaps rich dividends of its demographic mix with over 70-75% of the population below the age of 35 and technical colleges across the country turning out millions of skilled youth waiting to take India forward in cutting edge technologies and sunrise industries like biotech, space and nanotech.

It is ironical that even as 75% of 1.3 billion people reside in rural and semi-urban regions, the fruits of rapid growth are enjoyed by the minuscule living in the posh urban clusters.

The experts have urged the government to make agriculture a productive vocation again so that farmers who are turning away from this age-old practice see profit and reason in continuing with this art of tilling the soil that has stood the test of time, except for the last few decades.

It is only natural that in a competitive environment, farming has not given much wealth in the hands of tillers as compared to those employed in industry and service sectors. Hence, the need for the government's active intervention to rescue agriculture from its existential woes by giving incentives and subsidies to farmers, besides offering a ready market for them to sell their produce at reasonable prices.

However, much has to be done for rural India to experience the joy of digital revolution in cities. A fibre optic connectivity till the last mile, assured electricity and better connectivity in terms of good roads, railways are some of the infrastructure gaps that need to be addressed.

The quality of life is mostly determined by two main indices - health and education. While India's literacy rate stands at 74% as per 2011 census, the healthcare industry size is expected to touch $160 billion by 2017 and 280 billion by 2020.

A lot needs to be done to set up government hospitals, clinics and public health centres in rural areas which are untouched by the corporates who run glitzy, 5-star multispecialty chains in the metros and cities.

Unless the government takes the initiative to set up an eco-system for private hospitals to thrive in rural India, healthcare delivery at the optimum level may not be ensured to the rural folks. 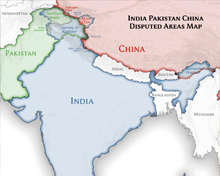 It is no denying the fact Pakistan and China, two nuclear-armed rivals, will continue to pose external threats to India, besides fomenting divisive forces that wage a long-drawn out insurgency in Kashmir and Northeast.

While the security apparatus consisting of the National Security Advisor, RAW and Intelligence Bureau, besides the Cabinet Committee on Security, is grappling with the inter-linked issues like terrorism, military threats and internal war mongering by disparate groups like Maoists and fringe elements, speeder growth through fast tracking the processes for setting up new ventures for job opportunities will wean away youths from the clutches of these inimical forces.

Unless there is social cohesion and the citizens pool in their efforts to improve the gross national income of the country, outside forces are bound to exploit any slightest chance for secessionism and terror strikes. 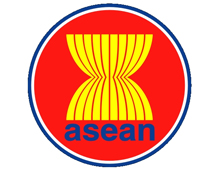 Only through consisted efforts and playing by the rules of the global geopolitics, can India get its demands fulfilled at the diplomatic high table.

A member of G-20, G-77 groupings, founding member of BRICS, dialogue partner at ASEAN Regional Forum (ARF) and observer at Shanghai Cooperation Organisation (SCO), India has been trying to strike a strategic rapport with the United States to achieve two major objectives.

For some time, India is lobbying hard for a permanent seat in the UN Security Council and inclusion in the Nuclear Suppliers Group, a 48-member block that monitors the trade in dual use nuclear materials.

But to become a member of NSG, India has been urged in the past to sign the NPT (nuclear non-proliferation treaty), CTBT (comprehensive test ban treaty) and FMCT (fissile material cut-off treaty) - all of which we have resisted given our hostile neighbourhood and the need to ramp up our nuclear capability to ward off future conflicts. 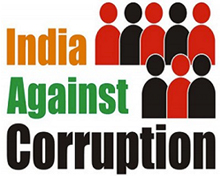 Only a corruption-free society with its people striving through honest means can make India a global force that receives due respect and awe from the comity of nations.

In order to fine tune the 1.3 billion-strong human resource into a large mammoth labour force devoted to make India a non-partisan global power whose voice is respected and acted upon by others, we need an engine in the form of a strong individual-driven government at the Centre.

Hope that Modi-led BJP government is at the right place at the right time. Yes, India's rightful place has come!

Despite the bewildering array of diversity, complex life forms and chaotic systems that make peaceful living an onerous task, Bharat that is India is finally getting up and doing some amazing things making other countries look upon us with envy and sheer incredulity.

Here are the major events, discoveries that every Indian should be proud of: 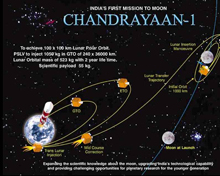 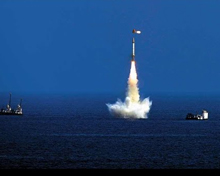 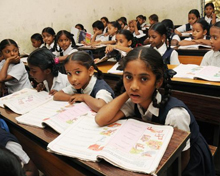 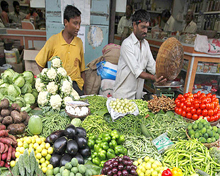 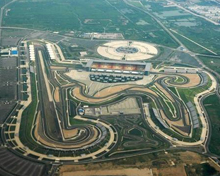