The Indian flag is a horizontal tricolour in equal proportion of deep saffron on the top, white in the middle and dark green at the bottom. In the centre of the white band, there is a wheel in navy blue with 24 spokes called the Dharma Chakra or Ashok Chakra. The ratio of the width to the length of the flag is 2:3. 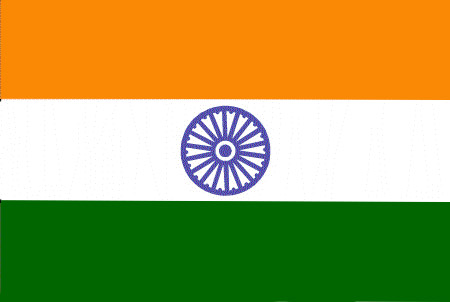 The colour scheme seems to imply a meaning to the national flag of India. The saffron stands for courage, sacrifice and the spirit of renunciation; the white, for purity and truth; the green for faith and fertility. According to History, the design of the National Flag of India was adopted by India's constituent assembly on 22nd july, 1947.

Who designed the Indian flag?

The Indian national flag is said to have been designed by Pingali Venkayya from Machilipatnam in 1916. The tricolour flag had a charkha in the centre and was adopted by the Congress committee in 1931 at Karachi. In 1947, during an ad hoc meeting of the Constituent Assembly, it was approved as the National Flag of India with the Ashok Chakra instead of the charkha.