History of Jammu and Kashmir

The state of Jammu & Kashmir is a region of widely varying people and geography. The state has been blessed with breath taking beauty and some eye popping visuals that will surely linger in every tourist for many years after they have visited this state. Nature has lavishly endowed Kashmir with some very certain distinctive favors which don't find too many parallels among many alpine lands of the world. It is the land of snow clad mountains that shares a common boundary with Afghanistan, China and Pakistan, Jammu and Kashmir is the northernmost state of the Indian Union. Known for its extravagant natural beauty this land formed a major caravan route in the ancient times. 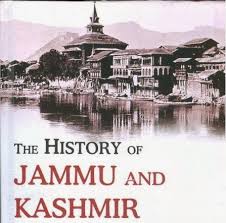 The various religious and cultural groups which have settled in the mountain regions of Jammu & Kashmir have made it the cultural heart of the country.

The history of the state speaks of the empires of valiant kings, the placid lakes, the greenery of the forests and the amazing rivers. In the 9th century Raja Jamboolochan founded Jammu. In 1832, Jammu was merged with Kashmir by Gulab Singh. Dogras, Pahadis, Gujjars and Gaddis are some of the tribes found in this state.

The Mauryan emperor Ashoka is said to have established Srinagar. During these times the place was a great center of learning for Buddhism. Monks as far as east and Central Asia made it a point to visit this place and imbibe the teachings of what this place had to offer.

Around the middle of 12th century Muslims rulers began to invade Kashmir. During Muslim rule Kashmir had a composite culture which was laid by Hinduism, Islam and Buddhism. Muslim rulers like Sultan Zain-ul-Abidin were tolerant to other religions in their territory of Jammu. But rulers like Sultan Sikandar Butshikan of Kashmir (AD 1389-1413) were ruthless towards people coming from different communities in their territory and were made to convert to Islam forcibly. 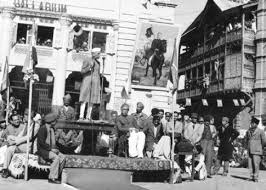 Hari Singh was the last ruler of Kashmir. With India winning its independence in 1947 the land was divided into two parts - India and Pakistan. Most of the princely states of India were united to form the Indian Union. Kashmir was an independent state ruled by Raja Hari Singh. He decided to join India due to great similarity in culture and other social aspects. The "instrument of accession" was signed between Lord Mountbatten and Raja Hari Singh in terms of defense 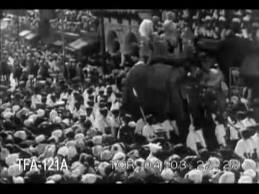 However more trouble was in store over the years. Azad Kashmir, the area which Pakistan gained during its campaign in 1948, continues to remain with Pakistan. The situation took a very serious turn when China took occupation of Aksai Chin region. The situation came to head in 1963 when a Sino-Pak agreement defined the Chinese border with Pakistani Kashmir and ceded Indian-claimed territory to China.

India and Pakistan fought over Kashmir again in 1965. A UN cease-fire took effect in September, 1965. Prime Minister Lal Bhadur Shastri of India and President Ayub Khan of Pakistan signed the Tashkent agreement on 1st January 1966. They resolved to try to end the dispute by peaceful means. 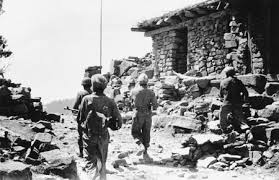 Kashmir can be hailed as a tourist's paradise with its beautiful snow capped mountains. The tourism industry flourished during the seventies and eighties. But that was deeply affected when the State of J & K started facing terror attacks. Influx of militants with questionable agendas resulted in many violent episodes that resulted in bloodshed and loss of innocent lives. Now governments of both countries are taking efforts by engaging in peace talks which can make us be optimistic about the future.