Procedure for getting marriage certificate in India 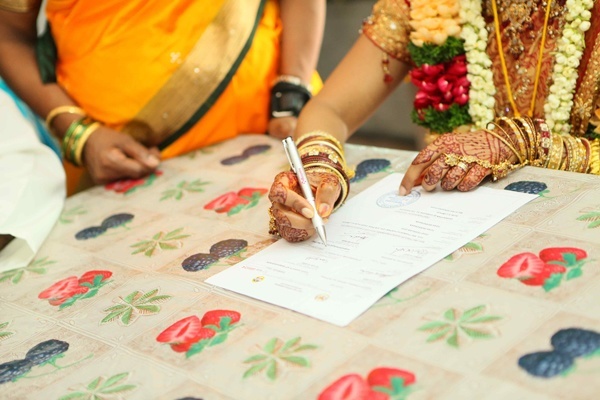 A marriage certificate is an official statement to declare that that two people are married and live together legally. A Marriage Certificate is the proof of registration of a marriage and it is the official record that two people have undertaken a marriage ceremony. This certification is very important to prove candidate that he/she is legally married to someone such as in obtaining a passport, changing your maiden name. To get the marriage certificate, firstof all candidates must have to register their marriage.

It is anauthoriseddocument which prove that candidate is married and the most significant document of a marriage. In 2006, the Supreme Court made it obligatory to register the marriage for the women security. 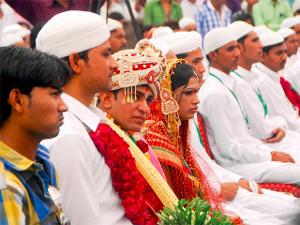 Except for marriages under the "Special Marriage Act, 1954", all registration of marriage in India can be done after a religious wedding ceremony has been performed.

In the case of India's Special Marriage Act (1954), the registration of marriage is also the formalisation of the marriage.

Thus Indian states have different laws for marriage and divorce. Marriage registration process varies from state to state; but the changes are negligible.

Eligibility: Eligibility age to get marriage is 21 for male and 18 female

List of Documents for Registering a Marriage in India:

Below are the documents (application forms and proof) required for marriage registration in India.

Detailed Info on Documents Required for Marriage Registration in India: 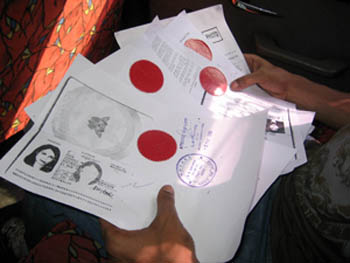 The documentation, application form and process for marriage registration in India differ from state to state but there are slight differences. Most states require the following documents:

Marriage Registration Application Form (or Memorandum of Marriage): Listed below is the Information in this document, along with supporting proof documents that need to be attached:

For Online Registration, steps are also follows on website:

In case of Hindu Marriage Act, applicant will get an appointment within 15 days of the online registration, but in case of Special Marriage Act, it may take upto 60 days.

Witness are defined as any person who has attended the wedding of the couple and he/she must have a PAN Card and a Proof of Residence. 'Tatkal' Marriage Certificate: There is a provision of tatkal marriage certificate also

In April 2014, the Revenue Department of Delhi government announced a 'tatkal' service guaranteeing a single-day authorisation of the marriage under which the registration process will be undertaken on urgency.

The service, which became operational on April 22, 2014 facilitates citizens to register their nuptials and get a certificate issued within 24 hours on payment of Rs. 10,000 as a fee. 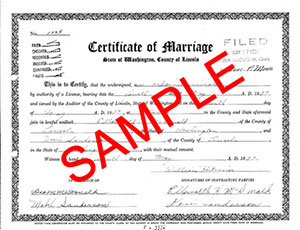 Marriage certificate is the need of today for every citizen to live and get many facilities from government. I will be beneficial if person is applying for a passport or opening a bank account after the wedding. In such case, marriage Certificate is required.

Marriage certificate is extremely helpful to obtain visas for both husband and wife.

For information that as the foreign embassies in India as well as in countries outside India, do not recognize traditional marriages, the Marriage Certificate is obligatory for the couple to travel abroad using a spouse visa.

Marriage certificate enables a spouse to claim life insurance return or bank deposits in case of demise of the Insurer or depositor without any nominee.

First precaution is to check thrice the details filled in the Form A. Names of the bride and groom shall always be tallied with the names given in the passport/SSC and other certificates. Otherwise, at the time of issuance of visa and other certificates, applicant may have to face problem.

Candidates must check the certificate issued by the Sub Registrar office and if there are any discrepancies in the names or any other details, immediately bring them to the noticeof the Sub Registrar and get them rectified.

Restrictions of registration of marriages:

Marriage under Hindu or Parsi Marriage Act can be registered any time after marriage. There is no time limit. Now, in Andhra Pradesh and Telangana, the Sub Registrar (Marriage Officer) can register the Hindu marriage at any time and there is no procedure of condonation of delay by the District Registrar, which was there till recently.