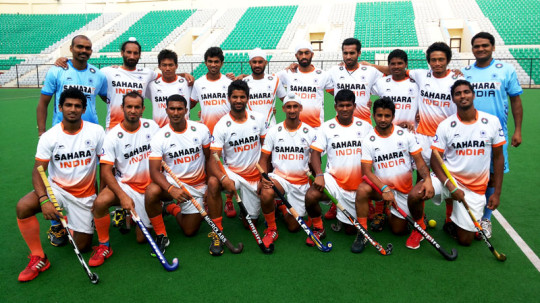 Hockey is often claimed as the National Game of India. It is widely considered that hockey was introduced in India by British. But there are not many theories to support it. But the game was widely played throughout the country. The first hockey club in India was set up in Calcutta in 1885-86 and later more clubs were established in Bombay and Punjab. Indian national field hockey team was the first non-European team to be a part of the International Hockey Federation.


Indian Hockey was the strongest team in the world after it won the first Olympic gold medal. It maintained the top position in 1960, after winning six gold medals in a row. The team had a 30-0 winning streak during this time, from their first game until losing in the 1960 gold medal final. India also won the 1975 World Cup. India is the most successful team ever in the Olympics, having won eight gold, one silver and two bronze medals till date.

After their gold medal win at the 1980 Olympics, the Indian Hockey team's performance began to decline. In 2016, the Indian men's team won its first ever silver medal in the Champions Trophy and reached the knockout stage of the Olympics for the first time in 40 years. As of 2018, the Indian team is ranked fifth in the world. With sponsorship falling down, the Government of Odisha for the first time sponsored the Indian national field hockey team, both men and women team. In a first-of-its-kind association, the state has decided to support the India's field hockey team for next five years.

Hockey Indian Men team Captain: Manpreet Singh is the captain of the Indian hockey team. He will be leading the team for the upcoming World Cup in Bhubaneshwar (Odissa). Chinglensana Singh Kangujam has been appointed vice-captain while the squad also features PR Sreejesh and Krishan Bahadur Pathak as goalkeepers.He joined Hockey Team and played for India in 2011 at the age of 19. He represented India at the 2012 Summer Olympics and was named Asia's Junior Player of the Year in 2014.He was named in the Indian squad for the 2016 Summer Olympics.

Harendra Singh is the current head coach of Indian Hockey Men's team. He is a Dronacharya Awardee, has been appointed as High Performance Specialist Coach for Indian Senior Women Hockey Team. He was appointed on the basis of his past performance. It should be noted that his coaching, the junior men team won the Junior Men's World Cup in 2016 (Lucknow). He was also the Chief Coach of the Senior Men Hockey team from 2008 to 2009 and National coach from 2009 to 2010. He is a Level III certified Coach.

Movies Based on Hockey in India


Chak De India (2007): It was a hockey film directed by Shimit Amin and produced by Aditya Chopra. The screenplay was written by Jaideep Sahni, sports scenes choreographed by Rob Miller. With Shah Rukh Khan, Vidya Malvade, Sagarika Ghatge, the movie was a based on a fictional story about the Indian women's national field-hockey team, which was inspired by the team's win at the 2002 Commonwealth Games. 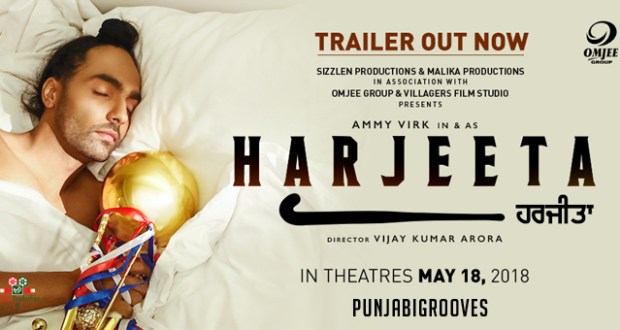 Harjeeta (2018): Harjeeta is a hockey based Punjabi film directed by Vijay Kumar Arora. It was inspired from true stories, starring Ammy Virk and Pankaj Tripathi. It is a story about a poor boy raised in a dysfunctional home who dreams of winning the World Cup in field hockey. 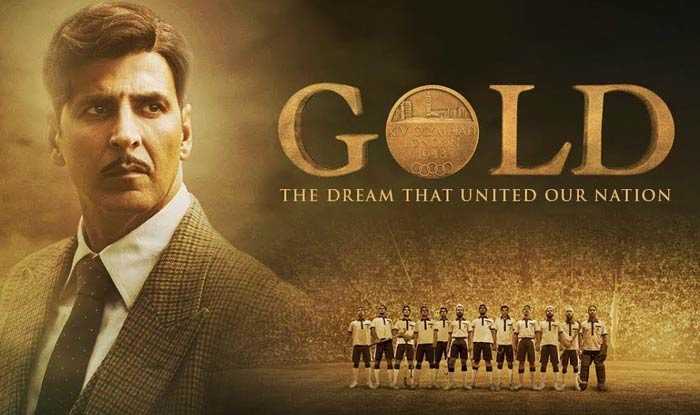 Gold: The Dream That United Our Nation (2018): It is an Indian historical sports-drama film directed by Reema Kagti. It is based upon the national hockey team's title at the 1948 Summer Olympics, starring Akshay Kumar, Mouni Roy. It is produced by Ritesh Sidhwani and Farhan Akhtar under the Excel Entertainment banner. The movie became the first Bollywood film ever to release in Saudi Arabia.

Soorma (2018):It is an Indian biographical sports drama film based on the life of hockey player Sandeep Singh. It is directed by Shaad Ali and produced by Sony Pictures Networks India and C.S. Films. The movie stars Diljit Dosanjh and Tapsee Pannu in lead roles. The movie plot deals with hockey player Sandeep Singh, played by Diljit Dosanjh, who was paralyzed and used a wheelchair for two years after an accidental gunshot injured him in 2006. 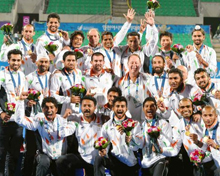 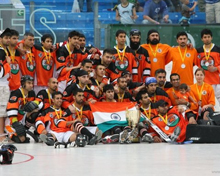