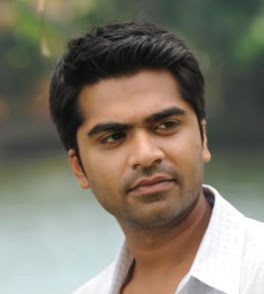 Silambarasan is popular as youth star among Tamil audience. He is actor, director, playback singer and lyricist. Simbhu comes from film background.

After school education, he completed an Audio Engineering Course. Simbhu started his film career as child artist and acted in 19 films directed by his father T. Rajendar.

He appeared first time in a lead role in Kadhal Azhivathillai (2002) directed by his father. His second film Dhum, Kuthu was huge commercial success. He was applauded by the audience for his excellent performance in Manmadhan (2004).

Simbhu established himself as a director with Vallavan (2006). His performance as an actor was greatly appreciated in Gautham Menon's Vinnaithaandi Varuvaayaa (2010). This was his 25th film where he acted opposite to Trisha Krishnan.

Silambarasan was praised for his performance as Karthik for which he grabbed several awards and nominations. His most recent release Vaanam (2011), a remake of Telugu movie Vedam, featuring an ensemble cast had positive reviews.

He has great talent and shows his premium performance to widen viewer’s base. He was very much interested in dancing from childhood and used to compose dances.