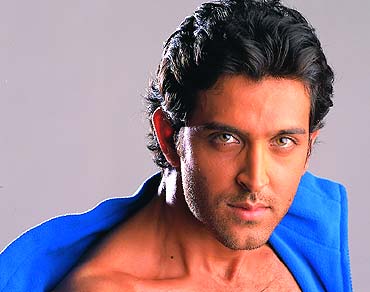 Hrithik Roshan is considered as the most charming and handsome hero in Bollywood. He has unique style of dancing and acting which appeals viewers in India and abroad.

Hrithik Roshan entered film industry and his first film was AASHA where he played a child artist role.

As adult he debuted in 2000 in “Kahonaa Pyaar Hai” which was a blockbuster film. He bagged his Filmfare Awards for Best Actor and Best Male Debut for this film that turned his career to the top. 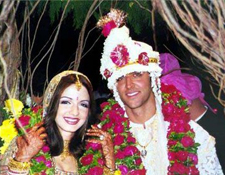 Looking at his biographical sketch, Hrithik was born in a family of stars. His father is Rakesh Roshan, famous actor of his time and his mother is Pinky Roshan. He is married to his childhood friend Suzanne Khan, daughter of famous star Sanjay Khan. They have two sons Hrehaan and Hridhaan.

Hrithik Roshan has given many super hit movies and his acting is appreciated by the audience. So far he had a very successful run in the film industry and he got accolade for his good acting in many of his films.

He received critical acclamation for his performance in Jodhaa Akbar, in which he played the role of historical figure Akbar the Great. He also received an International award for this film at the Golden Minbar International Film Festival.

His acting in the melodrama ‘Kabhi Khushi Kabhie Gam’ was much appreciated by the audience. The film became a blockbuster in India as well as in overseas market and generated huge revenue. 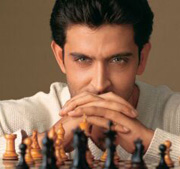 He worked very hard in his grand project “Kites” but it flopped at the box office.His other famous movies are Koi Mil Gaya and its follow-on Krrish that won him several Best Actor awards. Roshan received Filmfare Award for Best Actor in 2006 for Dhoom 2.

These achievements made him super star in Hindi cinema. He has a wax figure at Madame Tussauds Wax Museum making him the fifth Bollywood actor who has been simulated as a wax statue.

Hrithik Roshan is currently working on the ambitious film Krrish 3, directed by Rakesh Roshan in which he has a marvellous role. Film reports indicate that Hrithik will act triple role in the film. Hrithik and Priyanka will appear in their same roles from Krrish while Vivek Oberoi will act in negative role.

The movie will be released on the occasion of Diwali in 2013. It is anticipated that Krrish 3 will break many records in Bollywood. Presently, Hrithik is engaged in shooting of ‘Bang Bang’, a remake of Tom Cruise’s Knight and Day.

While reviewing acting and career of Hrithik Roshan, it can be said that this hero has outstanding personality. His  best attribute is that he has got excellent dancing skills.